Whitetail deer are edge animals. It’s a simple fact. And many hunters do not know this. For those who don’t know — or simply ignore — this fact, they’re doing themselves a major disservice. Edge hunting is one of the best ways to capitalize on day-to-day deer movement. It doesn’t matter if you’re in it for the meat, the headgear, or both, hunting edges is one big way you can bring home the backstraps.

Pictured here is a buck the author arrowed in South Dakota as it worked up out of a drainage and into thick edge cover. (Josh Dahlke photo)

Edges are best described as transitions in geography. There are two types of edges. The first is a transition in vegetation and plant growth. Anytime you go directly from one concentrated type of majority plant species habitat to another is an edge. It’s the distinct line where the two meet. It can be a transition from early successional habitat to old growth. It can even be where a crop field meets the timberline. The key distinction — a major transition in plant species. The following are specific examples of edges:

You get the picture. These type locations are very attractive to deer. They aren’t the only type stand locations to consider, but they’re pretty darn good. 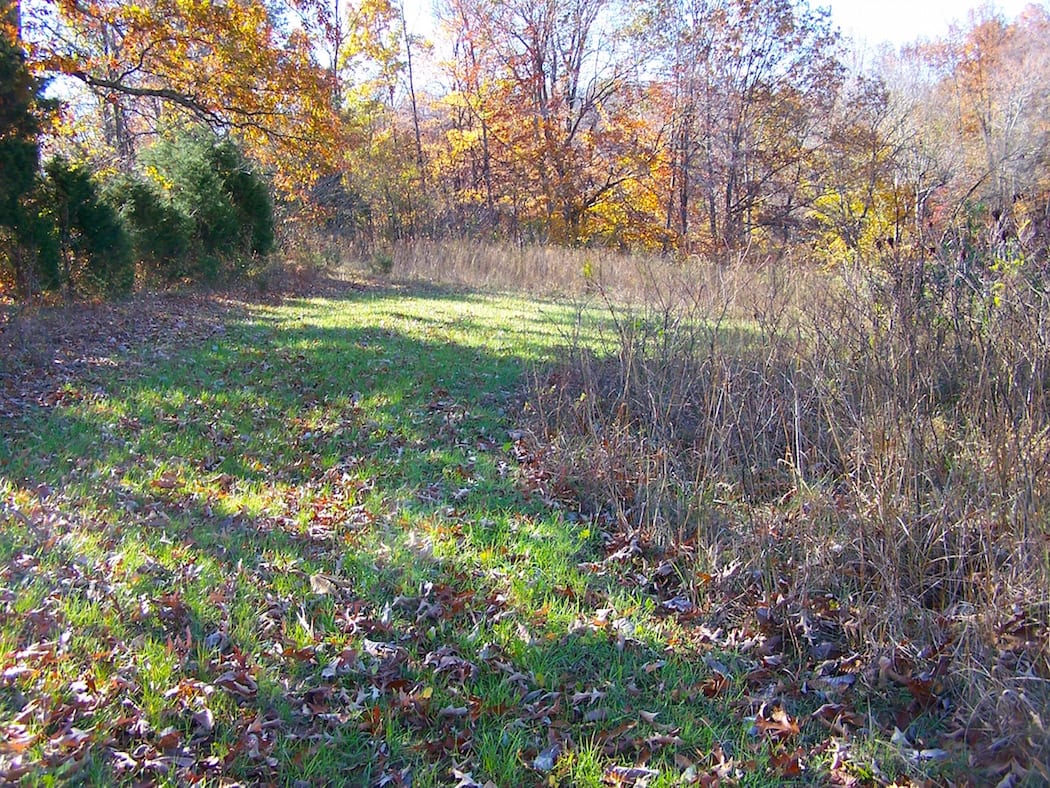 A food plot positioned along an edge between standing timber and CRP.

Another type of land feature that I consider to be an edge (of sorts) is a terrain edge. It isn’t a “true edge” such as those we just covered, but these still have the same effects. They help direct “deer traffic” in the same fashion. The following are good examples of this type of edge:

Don’t overlook them if you hunt places with these terrain characteristics. They can be dynamite regardless of the season or phase of the rut. 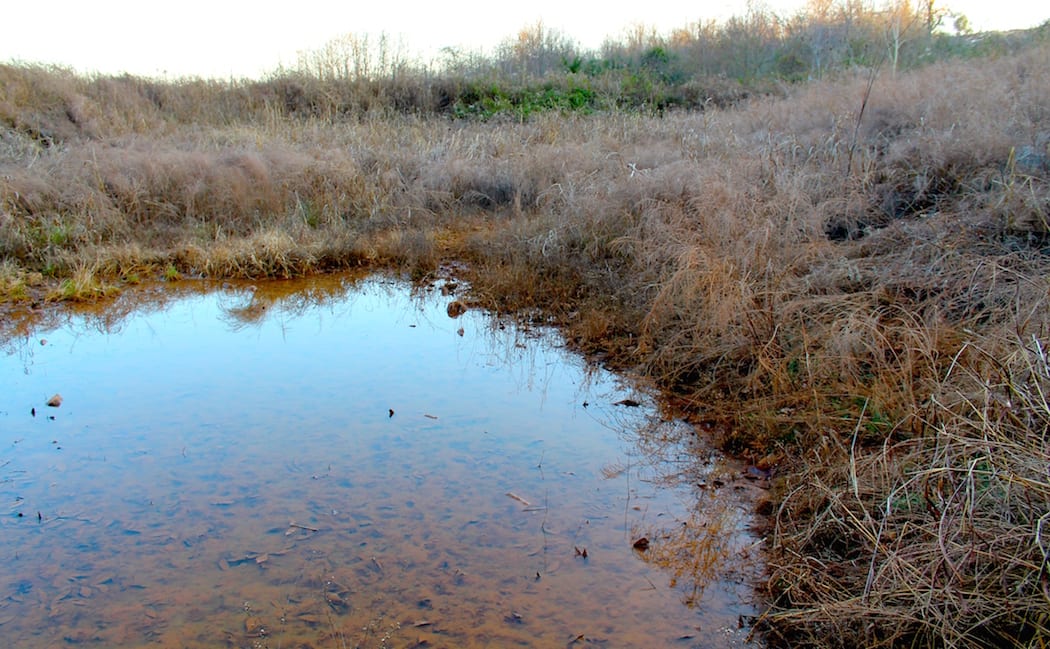 Why Should You Hunt Edges?

It’s simple — deer love to use these areas. They’re like highways for whitetails. Deer often travel along these edges as they move from bedding areas to feeding destinations. I’ve sat in the stand many days and watched as deer emerged from heavy cover, and then slowly walked along each of the dividing lines listed above. Setting up on the downwind side of these edges can be extremely effective.

When Should You Hunt Edges?

Edges are great spots for stand locations throughout the season. However, I typically have the best luck hunting these land features when bucks are on a consistent bed-to-feed pattern. During the early season (September through the third week of October) and late season (the end of November through January) seem to offer the best edge hunting. You can certainly still kill mature bucks along “edges” during the rut. But I generally try to hunt traditional rut stands — such as pinch-points, saddles, and funnels — from late-October to mid-November. But if you can find good edge cover close to traditional rut stands, that’s even better.

How Can You Hunt Edges?

It isn’t hard to locate and hunt along edges. Aerial maps are great for large-scale scouting and in-the-field efforts will confirm what you know is there and reveal anything you might have missed. But just finding these edge features isn’t enough. You have to put all of the pieces of the puzzle together to fit that tag around the deer you’re after.

To do this, locate a well-used bedding area nearby to the edge cover you’ve found. Then, determine what food source deer are keying in on at the time. Hopefully, the good edge feature you’ve found is strategically positioned between the two.

I’ve come to realize throughout the years that deer — especially mature bucks — will stage in these edge areas. Most times, they aren’t very comfortable with moving out into the open during daylight hours. That said, it isn’t uncommon to catch one up on its feet in some edge cover 75 to 100 yards from its bed. Hanging treestands in these type locations can prove extremely effective.

The Proof Is in the Filled Tags

I’ve already arrowed two great bucks this season by following this method. I shot a respectable Ohio buck that eased along a narrow strip of grassy cover (overgrown pasture that hadn’t been bush-hogged in years) as it made its way back to bed. I was set up downwind of the trail that followed along the edge. I’d been receiving fairly regular trail camera photos of several nice bucks following this route back to their preferred bedding areas. 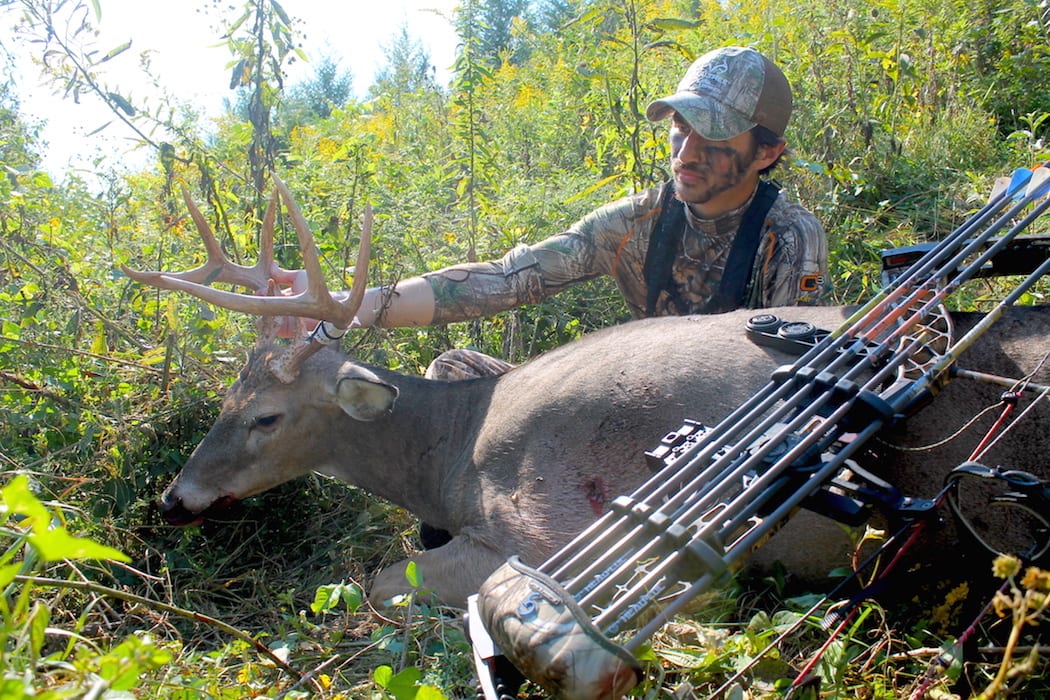 The author poses with an Ohio buck he killed that was traveling along thick edge cover. (Marty Honeycutt photo)

I was also recently blessed with an opportunity to punch my tag on a great South Dakota buck that followed the edge cover script. The buck worked down through a long water drainage from his bedding area. Then, as he neared his preferred evening food source, the buck eased up out of the drainage and and walked through an overgrown strip of cover that separated the deep drainage from an ag field. A touch of the release sent an arrow downrange and sealed that buck’s fate.

Long story short, edge cover is essential for whitetails. They use it year-round and hunters should incorporate these terrain features into their hunt plans. Hunt along edges to be more successful this season. You’ll be glad you did.